You really like the dark, don’t you, Michael? You can be yourself in the dark. But, you know? There’s one dark place that we have to be very careful in. - Randy Quaid (Parents)

Halloween is a great time to get together with friends to watch a scary movie. If you're tired of the same ol' Friday The 13th/Nightmare On Elm Street suggestions, why not give a more unconventional film like Parents a shot? Parents is The Shining meets Nickelodeon. Norman Rockwell meets Ted Bundy or an episode of Pete & Pete guest directed by John Wayne Gacy. Bob Balaban knew the kids of the 80's (like myself) who watched Nickelodeon's Are You Afraid Of The Dark and read those RL Stine books would grow up and grow out of that stuff but would still be looking for something to fill the void once they reached adulthood... 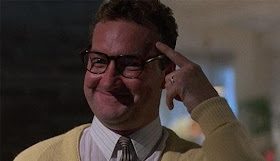 Bob Balaban gives off a strange vibe. Sometimes he comes off like a creepy accountant by day and serial killer by night. Other times he reminds us off that out of touch father who cant connect with his kids (pretty much the role he played in Ghost World) but behind closed doors he's a sexual deviant with a questionable porn collection. It's like he's wound way too tight, ready to snap at any moment and go on a chloroform napkin killing spree in the park. Bob Balaban may not be JT Walsh or Harry Dean Stanton but he's still a great character actor that doesn't get the proper recognition. There's more to him than guest spots on Seinfeld and his appearances in Christopher Guest's movies. And besides his underappreciated work as an actor, he's also a somewhat underrated director responsible for one of my all-time favorite movies; Parents - the story of a young boy ("Michael") that suspects his parents (Randy Quaid & Marybeth Hurt) are cannibalistic serial killers. Throughout the film Michael has these disturbing visions, reminiscent of Danny in The Shining, about his parents committing horrible murders. The only people who believe Michael's theory are "Sheila"(Michael's only friend) and his guidance counselor. To further emphasize our suspicions, Balaban constantly shoots Quaid & Hurt through dark creepy lighting whenever we see them though Michael's point of view. Parents is a film about what goes on beneath the surface and how things aren't exactly as they seem. Besides being a horror/comedy, Parents is very much a noir. What makes it such a unique noir is that it's a film geared towards adults but is told from the perspective of an 8 year old. Up until the final moments of the film Balaban makes everything subjective & ambiguous. Before the explosive finale, he gives us just as much evidence to support that Michael's parents are disturbed serial killers and just as much evidence to show that they aren't. 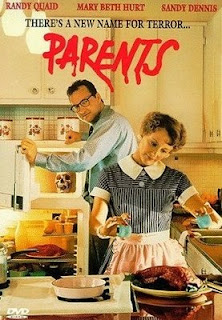 Parents is brilliant right down to the box cover art which pretty much captures the movie's vibe perfectly - from the font to Randy Quaid looking directly at us. This film may be silly but it's still a film that both Freud & Kinsey would love to over-analyze if they had the chance. There's a ton of sexual undertones and Freudian moments - Michael's mother seems almost flirtatious with her son, his father sometimes talks & acts like a pedophile and there's a pivotal scene where Michael walks in on his parents having sex. This is a film that plays on those feelings we had about our mom & dad when we were kids - "Who are these strange people?" It may belong to the same school of dark comedies as Heathers, Meet The Applegates or Shakes The Clown, but it also gets a lot of influence from more serious sources like David Lynch (specifically Blue Velvet) or those A&E specials on serial killers. I know that any movie that has any scene that's remotely surreal or strange gets an automatic comparison to David Lynch but trust me, this comparison is worthy. It's more than obvious Blue Velvet left a lasting impression on Bob Balaban. The opening scenes of both films feature dark & disturbing secrets hidden behind white picket fences, chirping birds & friendly waving crossing guards. Parents could also turn the biggest, baddest, heftiest meat eater in to an outspoken vegan (forget vegetarian). Not only does Michael think his parents are cannibals themselves, but he suspects they're serving the dead bodies up to him every night for dinner (this predates Dahmer). In the film Michael never eats the meat his mother prepares for dinner. I don't know if it's the lighting or what, but every shot of meat in the film looks gross. This is a unique film. Very few horror/comedies will have you name dropping everything from Freud & Kinsey to Nickelodeon & Ted Bundy. Quaid's performance isn't too shabby either (he nabbed a nomination for best actor at the 1990 independent spirit awards). There will be a lot to talk about once this movie is over so I highly suggest getting together with a group of friends for a fun/unique movie together.

Parents also seems to borrow some visual elements from Kubrick's The Shining as well... 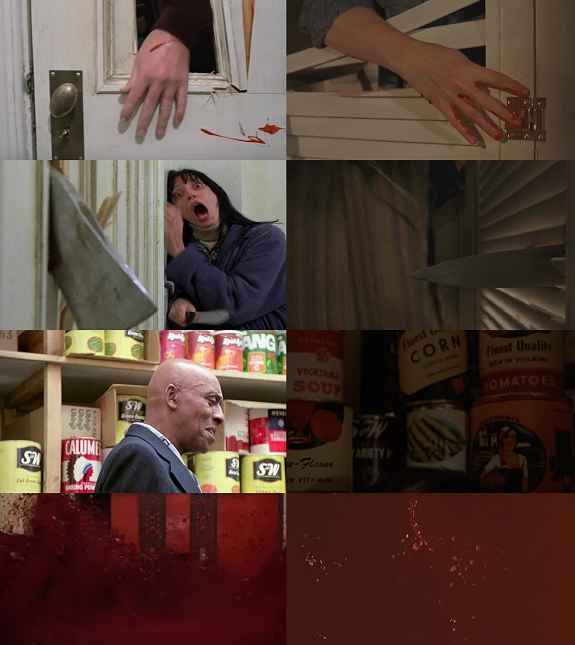