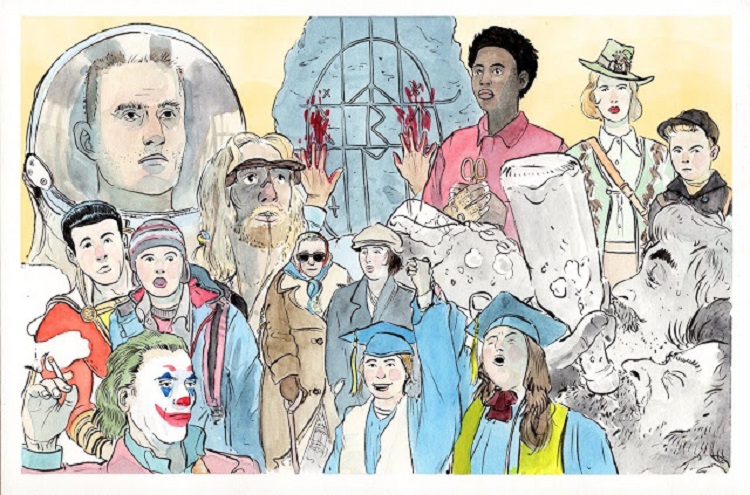 It's very cliche & lazy to say this movie year (or any entire movie year) was boring, disappointing or underwhelming on a whole (I'm seeing a decent about of negative rumblings on social media about the 2019 movie year and I mostly disagree). If you limit yourself to only watching American/English-speaking movies I guess I can see why you would think that but as far as I'm concerned - any year where Claire Denis, Terrence Malick & Carlos Reygadas drop some of their best works is a great thing (I'm even more personally pleased as both Matthew Barney & Rick Alverson released strong features as well. But most people don't share the same fandom for those directors that I do).

Errol Morris' American Dharma finally got a release (and people are having a difficult hating it now that they've actually seen it), The Safdie Brothers brought the best out of Adam Sandler (Uncut Gems), Martin Scorsese reunited with his boys (The Irishman), and while Marvel clouded the Superhero/comic book-based movie spotlight (as it does every year), DC still managed to release one of the best superhero movies in quite some time in the form of...Shazam.

Now...2019 wasn't without its disappointments and predictable moments. Someone thought it was a good idea to make & release Harriet, the movie industry continues to profit off of the "Black trauma as entertainment" genre (Queen & Slim), and we got the same (although slightly altered) yearly repackaged space movies (Ad Astra) & war films (1917).

But even with all that, I'm still very pleased with 2019 all together.

So, in no particular order although broken down in to various categories & subcategories, here are my favorite movies of 2019.

Movies made by or featuring people I am biased towards but are still excellent nonetheless... 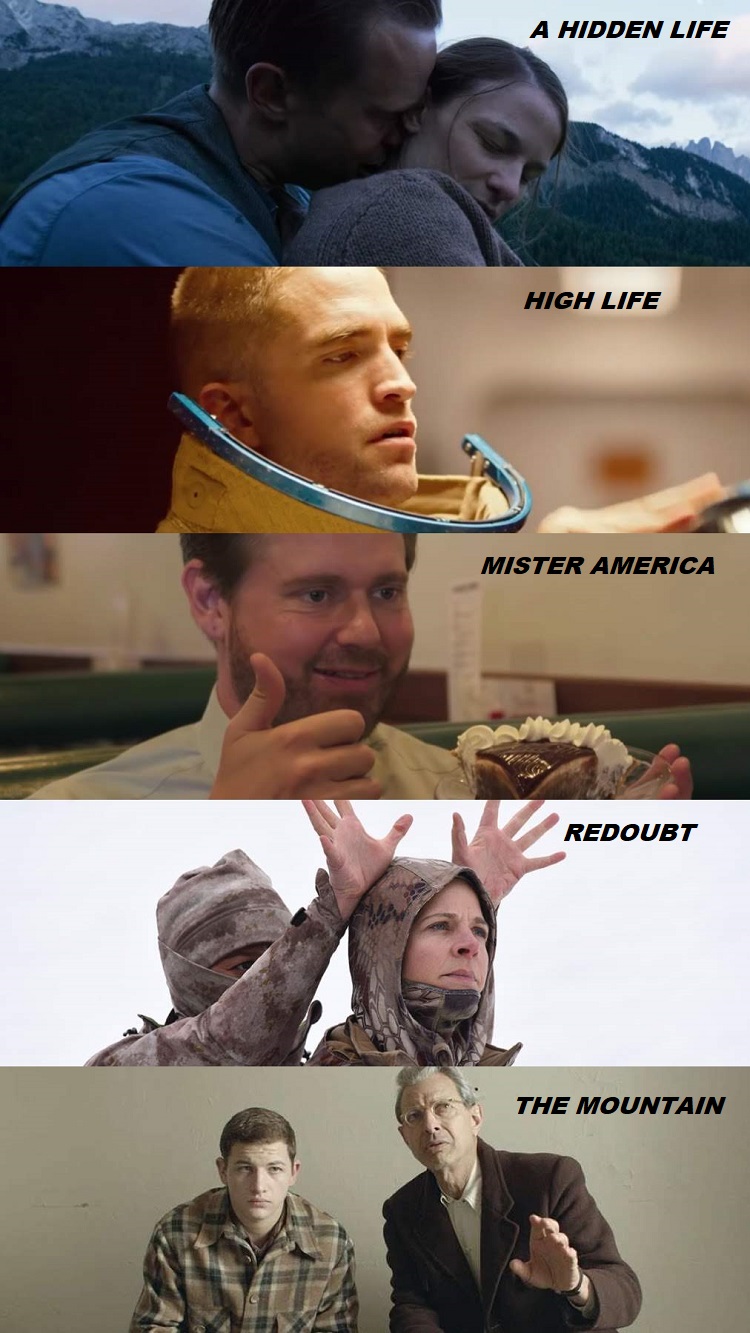 Films from 2019 that I thought were great with little to no criticism... 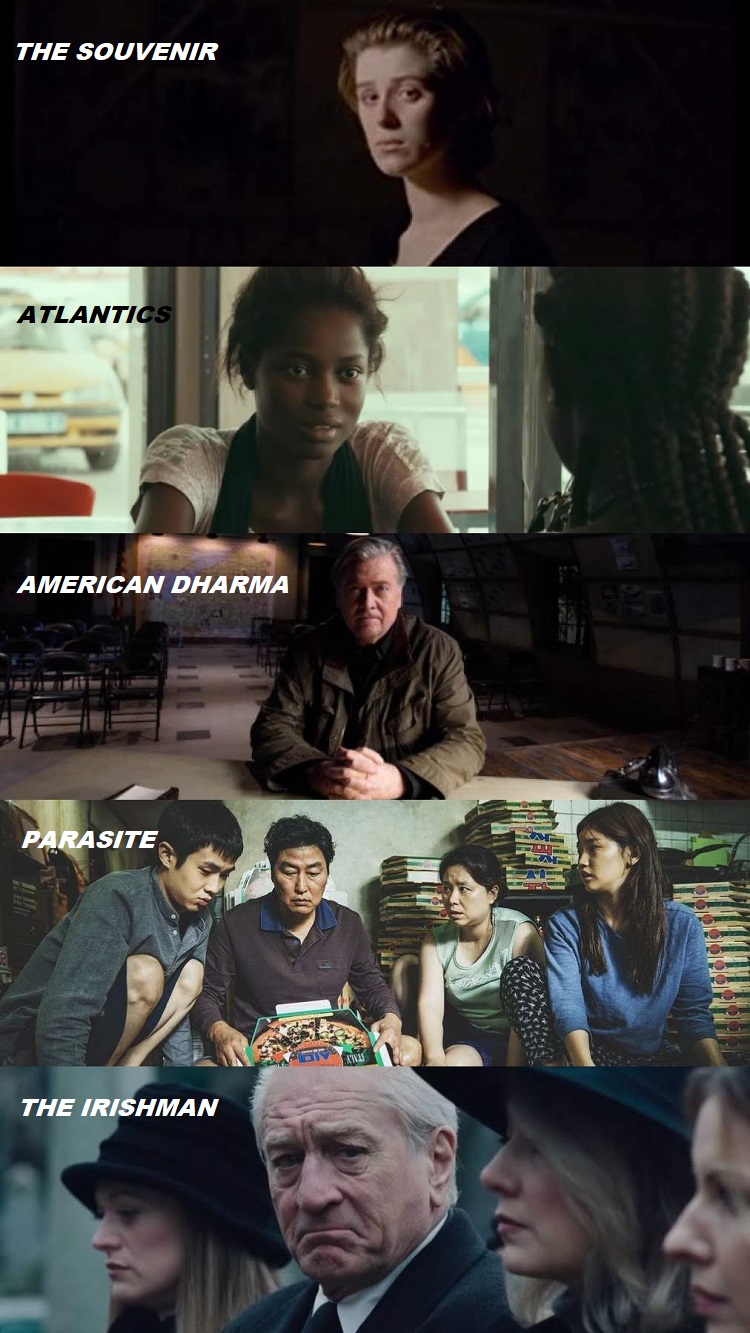 Great movies that had major flaws or multiple minor flaws yet the great aspects of the movie outweigh the negative... 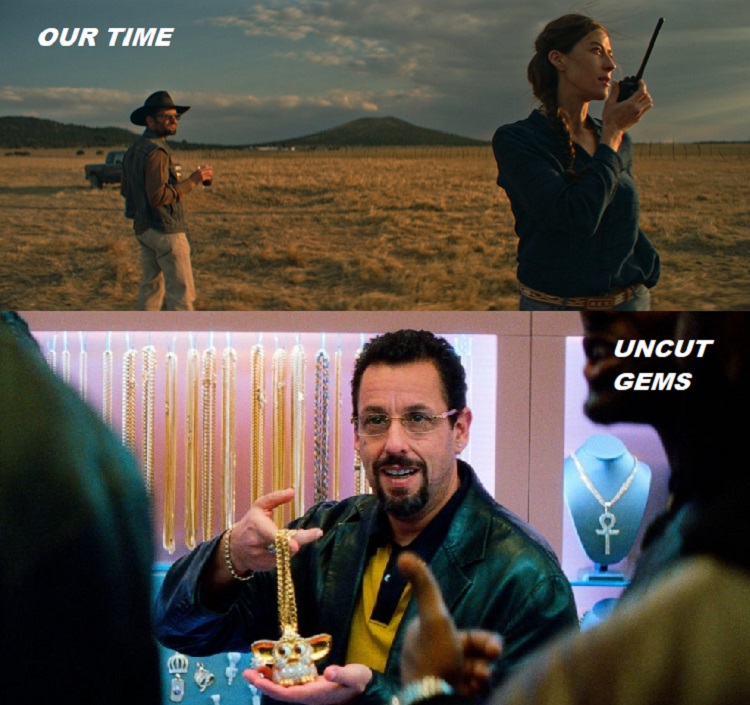 HONORABLE MENTION
It wouldn't be right to define an entire year with just a handful of movies. Below are some more solid releases from 2019 worth your time... 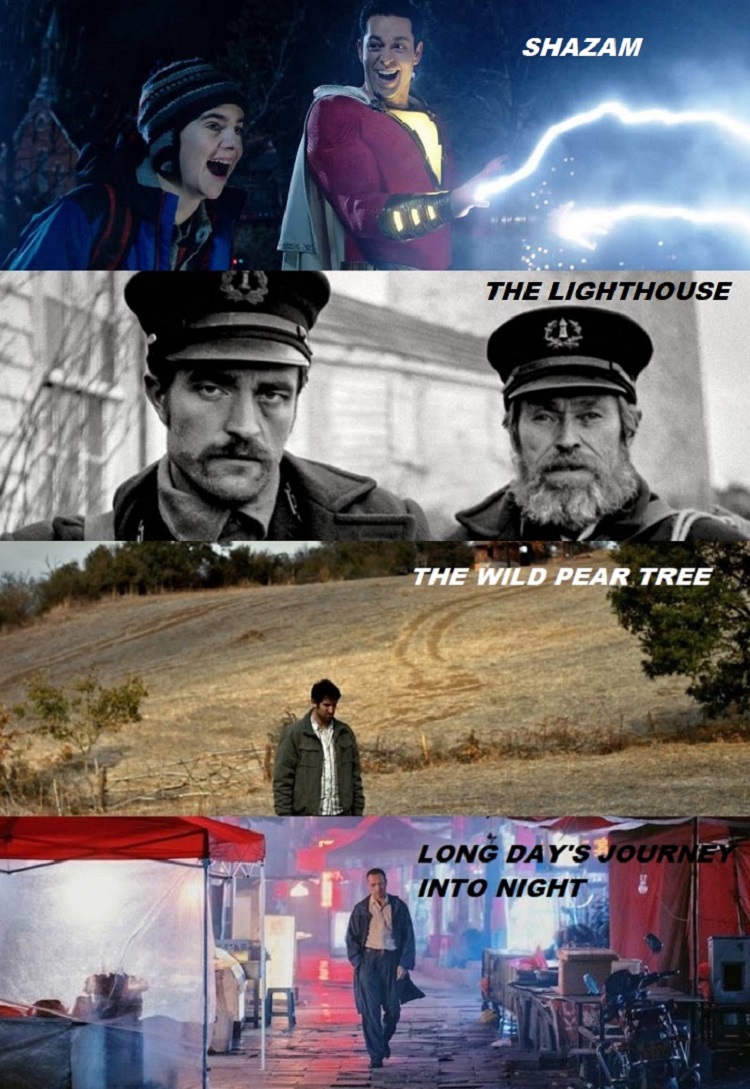 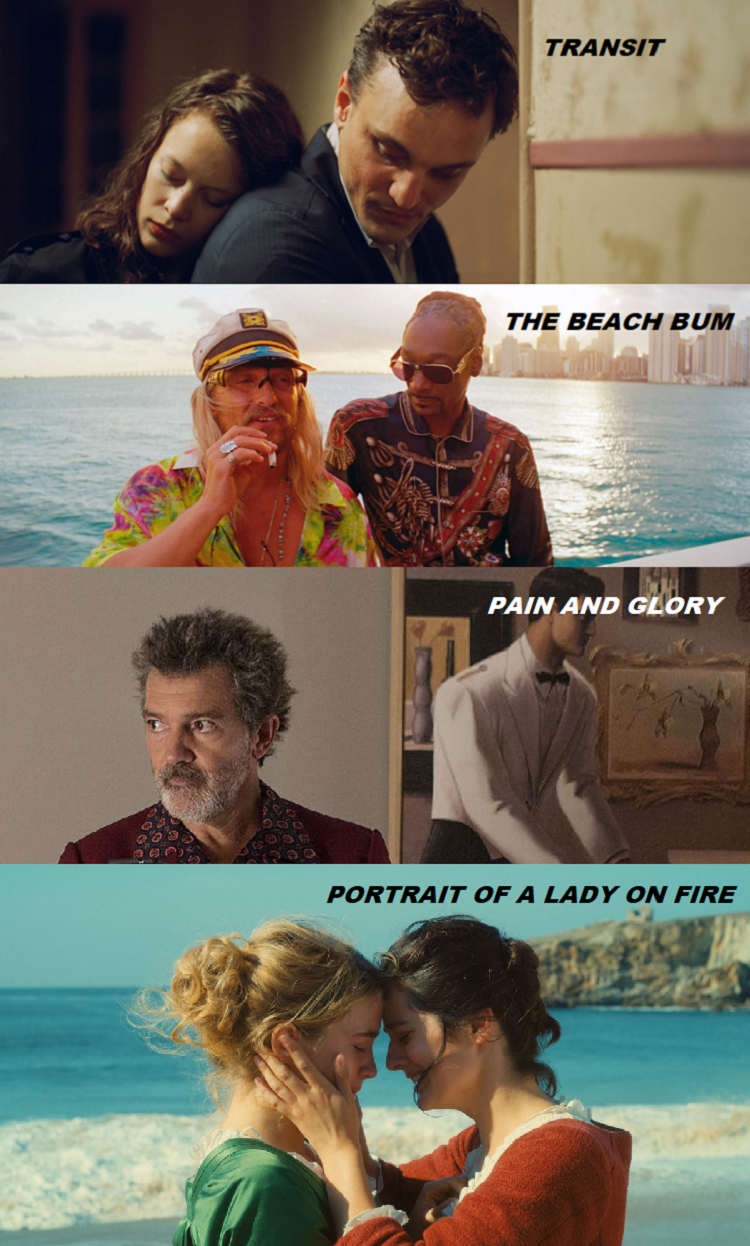 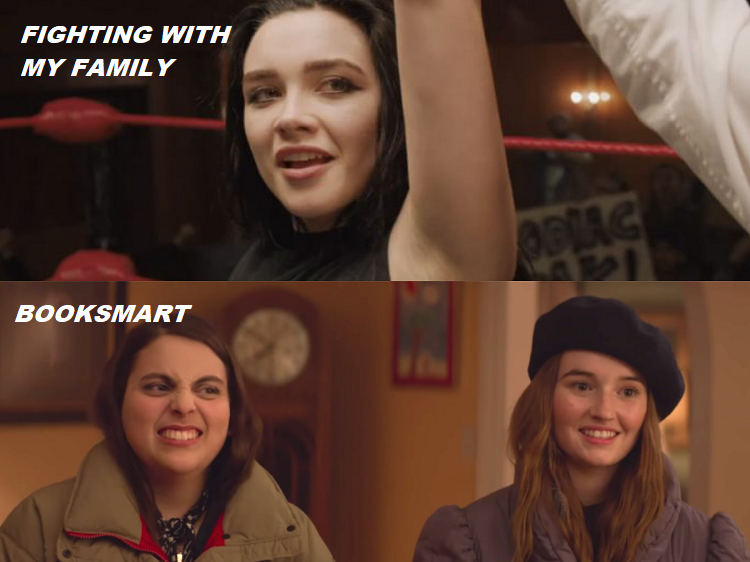 HONORABLE HONORABLE MENTION
A few more movies from 2019 worth your time... 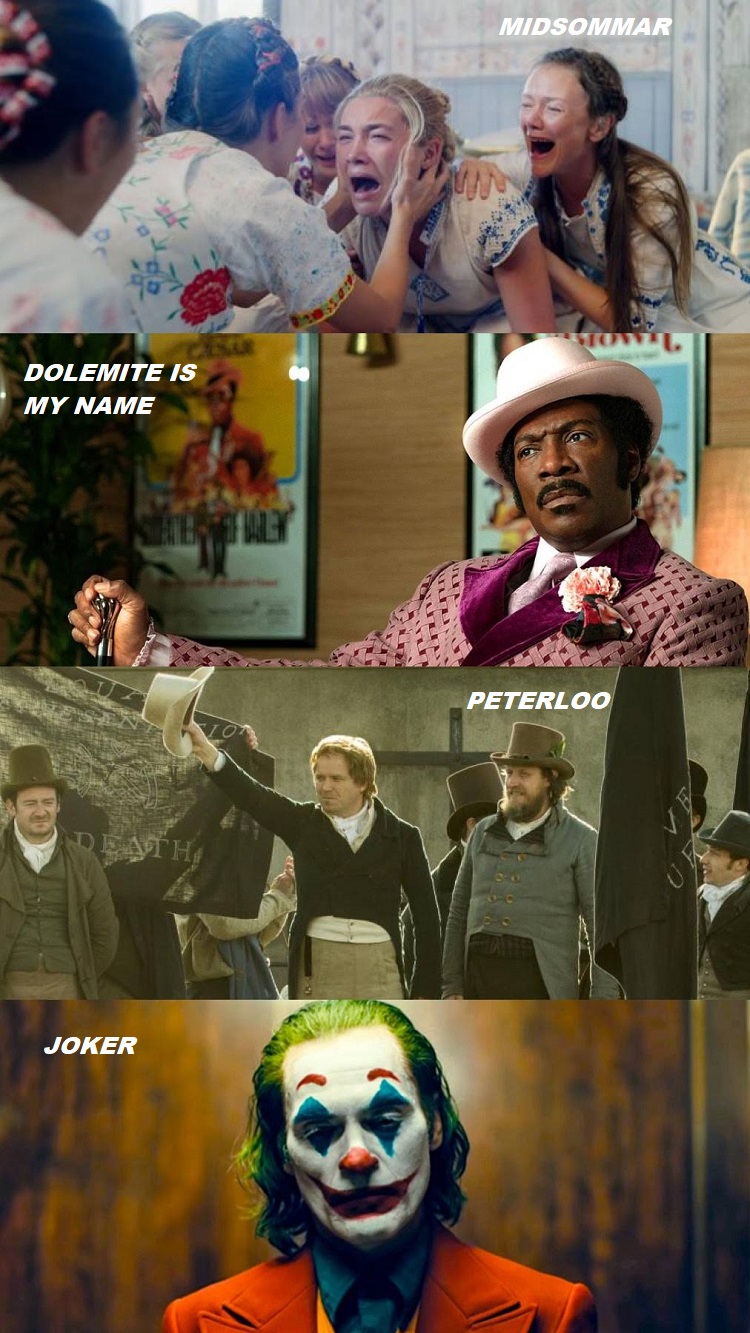 OTHER MOVIES FROM 2019 POSSIBLY WORTH YOUR TIME:

Movies that I'm not sure were either "good" or "bad". Either way there's a lot to talk about with these... 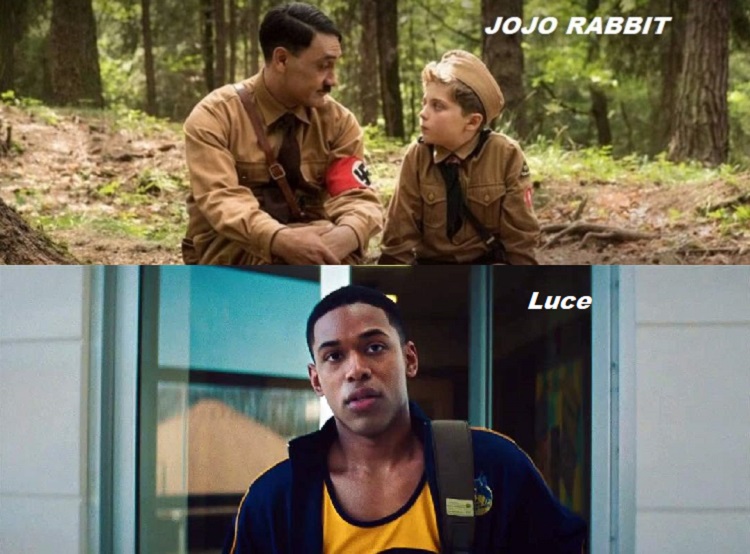 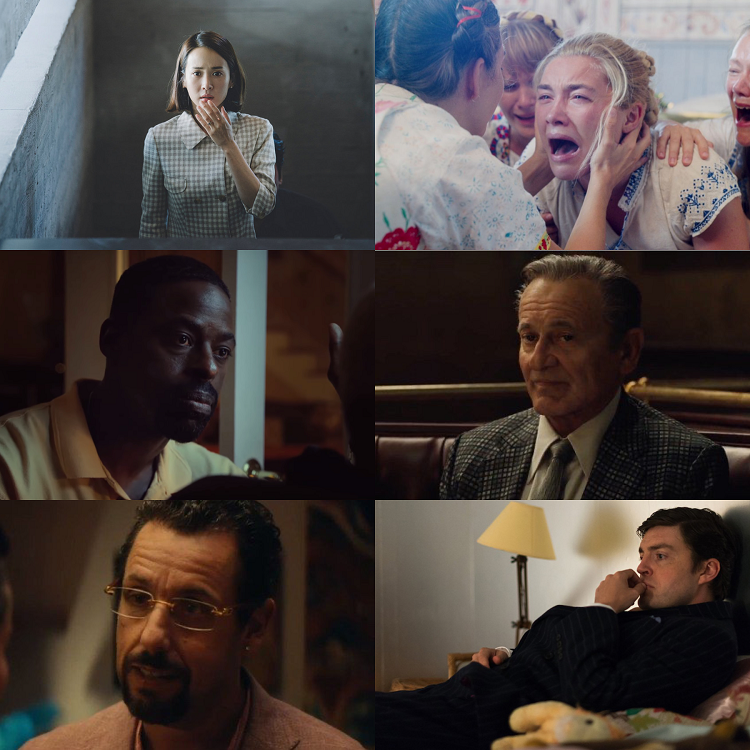 
PERSONAL FAVORITE SHOTS OF THE YEAR:

Salva smoking heroin for the first time (Pain And Glory)

Honor Swinton playing footsie under the table (The Souvenir)


Richard Ayoade's scene in The Souvenir*

It was ok I guess: Knives Out

“You’re foxy and you know it” - Robert Pattinson (High Life) 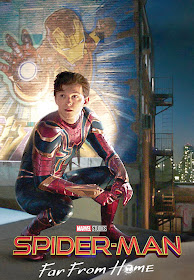 Indifferent about missing: Once Upon A Time In Hollywood

Mad that I watched: Harriet

Kevin Garnett delivering a great performance as himself in Uncut Gems

Willem Dafoe screaming “DONT LEAVE ME!” To Robert Pattinson in The Lighthoue

Tim Heidecker’s presence in US 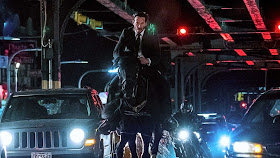 The anti-climactic climactic ending in Glass

Why are these parents so loose with letting their kid hang out with a weird old man they barely know? (Pet Sematary)


All the scenes in Haiti in Zombi Child

Celine Sciamma referencing Persona in Portrait Of A Lady On Fire*


the karaoke scene in Our Time*

The cinematography in Long Days Journey In To Night

Andre 3000 dissolving into to earth in High Life*

The women going to collect their men's pay in Atlantiques