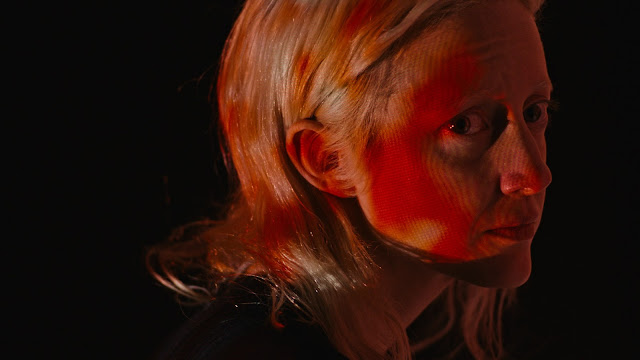 It’s easy to compare the work of Brandon Cronenberg to his father. Especially when it comes to his first film; Antiviral. I’ve certainly done it…

I didn’t see much of my father’s films until I was in my 20s because they weren’t age appropriate – and I haven’t seen all of them. The ones I have seen, I’ve mostly seen once. That’s because I’m too close to them, and too close to him to have the perspective, to be influenced by them in the way people usually mean. I can’t see them neutrally - Brandon Cronenberg (Denofgeek.com)
He doesn’t totally ignore his father’s subconscious influence:

I get it -no matter how famous & highly influential your father is, you want to stand on your own and not be called out for nepotism. So Brandon Cronenberg downplaying his father’s (possible) influence makes sense (let’s also not forget that the elder Cronenberg is very much influenced by the films, art & literature that came before him. Who isn’t on some level?). I almost appreciate that Brandon works within the same lanes/genres as his father yet tries his best to stand on his own outside of obvious factors he can’t really help.
The basic premise of Antiviral involving “regular” people intentionally contracting the illness or sickness of their favorite celebrity in order to feel closer to them is right out of the book of David Cronenberg. Sickness, body transformation, science fiction, etc. Antiviral has a cool basic plot. It isn’t breaking any new ground but the approach is somewhat fresh. Putting aside the sci-fi & body horror elements of Antiviral, Brandon Cronenberg is making an obvious “statement” about celebrity worship and how twisted it all is. Judging by how unhealthily obsessed certain folks are with the personal lives of celebrities now more than ever, it wouldn’t surprise me if some people want to intentionally catch Covid-19, the flu or even an std from their favorite celebrity or IG influencer. Folks already pay for (and sometimes steal) their mail, laundry, trash, etc. Why stop there? It’s clear some people want their favorite celebrities to sneeze and/or spit in their mouths.

The transition from Antiviral into Possessor makes perfect sense. We go from experiencing someone else’s momentary sickness, pain and/or discomfort (Antiviral) to actually being inside someone else's body for an extended period of time (Possessor). If Brandon Cronenberg is working on an unofficial trilogy I imagine his third film will involve taking over a foreign body permanently (body transformation doesn't appear to be the premise of his next film by the way).
You can do the father/son comparison with Possessor on a very surface level...
There's a dream/hallucination scene where our two characters detach from one another that is very reminiscent to a dream scene in Dead Ringers...

Possessor deals with the idea of switching & transitioning bodies. Again - sounds quite David Cronenberg-ian. But no matter how influential the elder Cronenberg is, he didn’t create the idea of switching bodies (the basic premise of Possessor deals with “agents” temporarily taking over the bodies of civilians in order to carry out assassinations).
A lot of the ideas reach back to the work of filmmakers like Fritz Lang…

The same could be said about Antiviral as well…

Cinematic influences aside, Brandon Cronenberg draws influence from real life events. Horrific ones at that. The opening scene of Possessor involves a young woman of color stabbing a man to death in the middle of a busy underground metropolitan area. For those that are unfamiliar, this scenario is quite similar to the Rohinie Bisesar case in downtown Toronto back in 2015 where Bisesar, a schizophrenic woman of color, fatally attacked a random woman in an underground market.

Possessor even has some subconscious Tobe Hooper-esque imagery...

A coincidental Akerman-esque moment perhaps??
Brandon Cronenberg still isn’t above name-dropping a visual reference or influence…
We did look at films as we were working. For instance, we looked at a lot of Argento, Opera, in particular, was a reference for the kind of stvlized elements of the violence - Brandon Cronenberg, infamoushorrors.com
It should also be noted that Brandon Cronenberg has collaborated with actors in both of his films that have also worked with his father (Jennifer Jason Leigh, Sarah Gordon & Nicholas Campbell). This makes their connection a bit stronger. *MILD SPOILERS* The final scene of Possessor where Jennifer Jason Leigh is unplugged/“pulled out” of her surrogate body is similar to the end of David Cronenberg’s eXistenZ where Leigh is unplugged from the virtual reality video game…
The similarities don’t stop at Brandon’s feature films. His short film; Please Speak Continuously and Describe Your Experiences as They Come to You has a hybrid interrogation/therapy scene that can be traced back to the opening scene of The Brood…
The audio design also has similarities to Scanners as well…

Again - I understand wanting to stand on your own without the cloud of nepotism following you around but Brandon Cronenberg not only works in the same lane that his father helped create, but it’s like he’s taking the torch directly from him. Apparently he is in talks to adapt a JG Ballard story (much like his father did over 25 years ago with Crash).

At the end of the day, Possessor stands on it's own a bit more than Antiviral (I like Antiviral overall but to me - it’s almost impossible to not associate that film with his father’s work). Brandon Cronenberg’s sophomore feature shows growth & maturity and I’m looking forward to what he does next.