This year was is a little strange. Not bad, just strange...

While there were certainly lots of good/solid/entertaining films (Black Panther, Upgrade, The Green Fog, etc), there were only a handful of exceptional releases that truly stood out to me (Zama, Shoplifters, The Rider, etc) along with a few pleasant surprises (Game Night, Lowlife, etc).
The rest of my Top 10 is made up of slightly flawed works with head-scratching endings (First Reformed) or movies from the early 1980’s that didn’t get a theatrical run until this year (Personal Problems).

I admit that my excitement for 2018 died a little when I discovered films like High Life, Our Time & American Dharma wouldn’t be released until 2019 (who knows when American Dharma will get a proper release). But I guess the positive is that 2019 is already shaping up to be a good year (all the aforementioned films are already in my top 10 for next year).

I still had fun documenting, podcasting & writing about the 2018 movie year (make sure to go back and explore both PINNLAND EMPIRE & Zebras In America as I’ve given my thoughts on every film on this list in either written form or podcast form).

1-4: ALL AROUND GREAT
(films that I felt were just all around great. Essentially the 1st tier of great 2018 films) 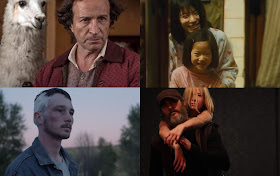 Zama/ Shoplifters
The Rider / You Were Never Really Here

7-8: UNDER THE RADAR
(films I loved from 2018 that may not have had the same exposure or platform as the larger releases, but are still great)

9: FRUSTRATING BUT REWARDING
(all around great but one major flaw or weird aspect that really bugged me) 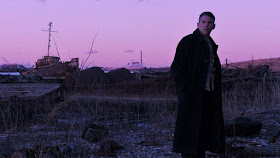 10: BEST NEW OLD MOVIE
(an old film that didn't get a proper release until this year which, in my opinion, makes it a 2018 movie) 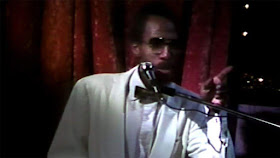 JURY PRIZE
These are movies that I genuinely loved but I also have some kind of personal connection to either the film or the filmmaker. In this year's case, I happen to know Kurt Vincent & Irene Chin (Friends Of Wonder) and I have a very biased love towards Bruno Dumont and his work as he's slowly becoming one of my all-time personal favorite filmmakers (Jeanette...)

Jeanette: The Childhood Of Joan Of Arc / Friends Of Wonder / 24 Frames

HONORABLE MENTION
It wouldn't be right to define an entire year with just a handful of movies. Below are some more solid releases from 2018 worth your time...

THESE MOVIES HAD NO BUSINESS BEING THIS GOOD:

HONORABLE HONORABLE MENTION
A few more movies from 2018 worth your time... 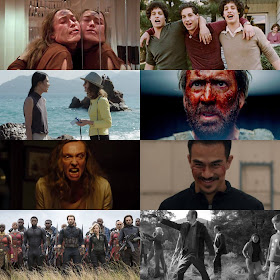 OTHER MOVIES POSSIBLY WORTH YOUR TIME
These aren't exactly the best films from 2018 but they all had something that earned them a mention on this year's list... 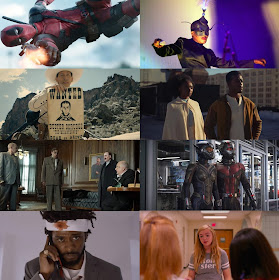 
UNDECIDED...
(I need more time to process these) 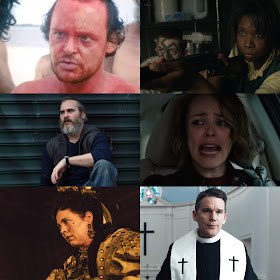 So this is becoming a genre now? (Blindspotting, The Hate You Give, First Purge, Monsters & Men)

It really was that bad (Venom)


the clicking noise in Hereditary*

The lama scene in Zama

chasing after the bus at the end of Shoplifters

All the estrogen in Suspiria

El Monstro going in to rage mode in Lowlife*

mad that I missed: Paddington 2, The World Before Your Feet & Bisbee 17


the hospital visits in The Rider*

the overall ambiance of The Rider

The overall ambiance of Mandy

Uma Thurman’s scene in The House That Jack Built

The OCD scene in The House That Jack Built


the first 20 minutes of Climax*

The sex scene in Burning

The headbanging in Jeanette: The Childhood Of Joan Of Arc

The freemason meeting in Monrovia, Indiana


"How can that be profitable for Frito Lay?" (Game Night)*

The heist scene in Widows

A final talk between Colin Farrell & Robert Duvall in Widows

That shit was not necessary (Marcus’ death in Widows)


The dorky main villain in Upgrade*

Clancy Brown's death in The Ballad Of Buster Scruggs

The title cards in The Ballad Of Buster Scruggs

can we see less of you in  2019?: Tiffany Haddish, Kevin Hart, Will Ferrell, Mel Gibson, Mark Wahlberg & Bradley Cooper


Reasons to look forward to 2019: High Life, Us, Our Time, American Dharma, The Mountain & Peterloo