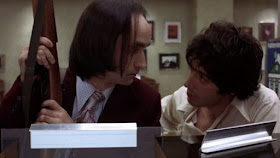 I'm back on Wrong Reel with James alongside returning guests Rob Cotto & Adam Schartoff of Filmwax radio to talk about the cinema of Sidney Lumet. Click here or the image above to go to the episode.

And if you have the ability to support, please check out Adam Schartoff's very important kickstarter campaign (below) which is being backed by everyone from Neil Labute to Larry Fessenden...

After an intimate screening of Chameleon Street at Video Revival, I took part in another post-movie discussion with Carlo. 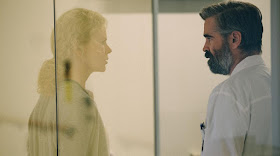 After a week off we're back in full force! On latest episode of Zebras Scott does an impromptu live performance from his home studio then we talk about one of the best movies of 2017.

THE SCHOOL OF TARKOVSKY PART 11

I have stolen so much from Tarkovsky over the years... - Lars Von Trier

I admit that some of what you're about to see below is totally coincidental and forced on my part. But nevertheless - you have to admit that these comparisons do look interesting next to each other.

Notice the framing & composition of the child tilting his head towards the camera in Nostalghia next to the opening scene from Gone Girl or the placement of the dog in On The Beach Alone At Night...
The scenes in Onibaba could very well just be a coincidence but they do look similar to the scenes in Ivan’s Childhood which did come before it.
And I don’t even think it’s up for debate when it comes to the well scene in The Element Of Crime (see Lars Von Trier’s quote at the start of this piece)

THE WHOLE HISTORY OF MY LIFE PART SEVEN: THE SEVENTH CONTINENT 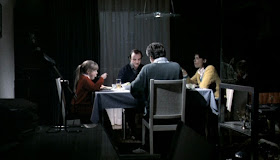 Check out the latest installment of the Whole History Of My Life series over at The Pink Smoke where I talk about my The Seventh Continent and the overall frustrating year that has been 2017 (click here or click the image above to read).
Marcus at 7:52 PM
Share 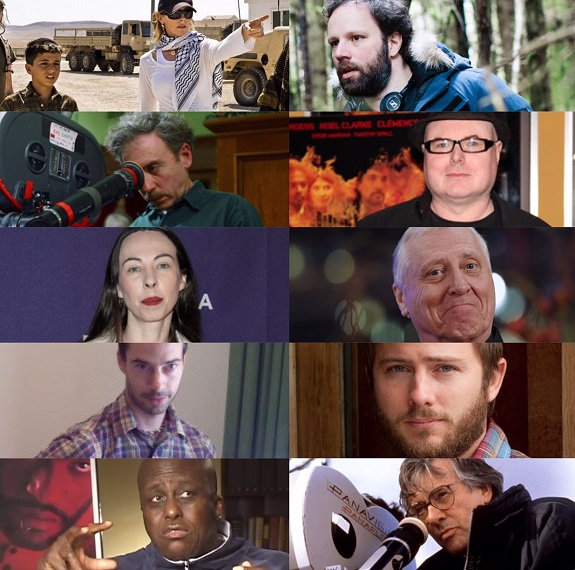 It was another great & somewhat diverse year in the "Cinema Of..." series. In an effort to save you some time, I compiled them all in to one post (click each of the images to go to the individual pieces). 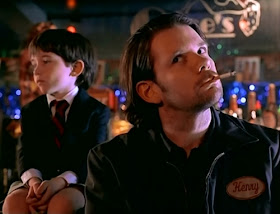 These last couple of episodes of Zebras In America have quite a few things in common. Not only do they both feature guests/friends of ours (Mikhail Karadimov & The Pink Smoke respectively) but both episodes are also centered around Hal Hartley to some extent (Scott has been getting acquainted with the films of Hartley over the last few weeks).

Listen as we go from my living room in Brooklyn with Mikhail (episode 32) to Parsippany New Jersey to meet celebrities & buy bootleg DVD's at the Chiller convention (episode 33).