I’m the proud owner of 214 Criterions (my two most recent acquirees are A Christmas Tale & Safe).

Regular folks just don’t understand us criterion addicts. Over the years I’ve been asked why I spend so much money on these movies (prices range from $29.99 to over $100) and I respond with these examples… 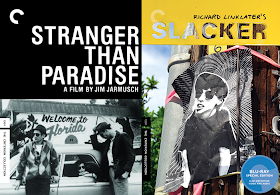 Besides the fact that both Stranger Than Paradise & Slacker are timeless modern films (Stranger Than Paradise being a personal favorite of mine) the special features on both supplementary discs are LOADED with some great documentaries (the made for German TV documentary on Jim Jarmusch is pretty important as it marks the last time he worked with cinematographer-turned-director Tom Dicillo and started working with Wim Winders cinematographer Robby Muller). Plus each movie comes paired with an additional (equally enjoyable) feature-length film (Permanent Vacation & It’s Impossible To Learn To Plow From Reading Books, respectively)
*Richard Linklater's commentary track on It's Impossible To Learn To Plow... is excellent 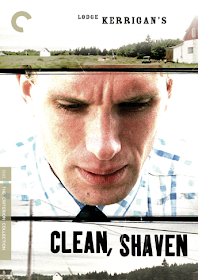 Ok, all special treatment aside (Lodge Kerrigan is a PINNLAND EMPIRE favorite) for a single disc criterion this is one of my favorites. And not even so much for the movie itself (long before Clean, Shaven made it to the collection I was already a fan of the film and had seen it a million times). This disc contains my all-time favorite video essay (courtesy of critic Michael Atkinson) in the form of A Subjective Assault: Lodge Kerrigan’s Clean, Shaven (this analysis is so great it makes me angry!)
*George Washington is another great single disc criterion that features two of David Gordon Green’s early short films (which directly rubbed off on his first feature) and a rare short film directed by Clu Gullagher that also had an influence on Green’s early work. 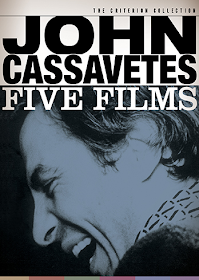 This is easily the best box set in the entire collection. Cassavetes fan or not, you have to admit that most of these films were incredibly influential within the world of independent cinema (Opening Night is definitely a solid film but I don’t think it holds the same importance as the other four films in the set) and prior to the criterion treatment, they weren’t given a proper release (in the U.S.) on video 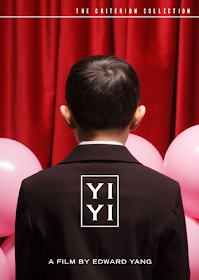 The movie of discussion is another example I like to hit people with (the cover art alone is beautiful). Ever since Yi Yi was put out by Criterion, interest in Edward Yang has grown quite a bit in the U.S. (he wasn't really known amongst your casual American cinephile prior to 2005/2006).

It’s already been established in older reviews (Love Streams & Stories We Tell) that I’m incredibly fascinated by (good) films concerning large immediate families and/or siblings because I never had that growing up (I’m an only child) so it should come as no surprise that I’m a huge fan of Yi Yi. Edward Yang's 2000 family drama recently crept into my psyche because it shares a few interesting similarities with Richard Linklater’s Boyhood. Although Boyhood follows one main character over the span of 12 (real) years, it’s still very much a film from the school of Yi Yi. Both stories explore young boy characters going through a "coming of age" period, mothers going through a depressive mid-life crisis, the relationship between siblings (specifically the older sister/younger brother dynamic), and the relationship between grandparents (specifically grandmothers) and grandchildren. However Yi Yi is a much longer film (over three hours) so it delves a lot deeper in to those issues and it also touches on other things like life & death (Yi Yi starts with a wedding that soon produces a baby, and it ends with the passing of an elder family member). Boyhood never really gets in to that (I have very few criticisms of Boyhood but it is strange that the main character went that long without ever really dealing with the passing of a family member, loved one or acquaintance).

In the film we follow a middle class (upper-middle class?) Taiwanese family made up of Mother (Yin-Yin), Father (NJ) and their two children; Ting-Ting & Yang-Yang. Ting-Ting is in the midst of a teenage love triangle with her best friend and a boy from school they both like, while Yang-Yang has to deal with being bullied by both his fellow classmates as well as his teacher who has it out for him. Like Ana in The Spirit Of The Beehive, Ting-Ting learns about honesty (and dishonesty) among those close to her. And like Ana in Cria Cuervos, Yang-Yang quietly observes the world around him (he takes to photography to document everything he sees). Meanwhile, their mother Yin-Yin falls in to a depression after her mother has a stroke, and their father NJ is also having a sort of internal crisis (at work) coupled with an old ex-girlfriend who suddenly resurfaces. In an effort to find some meaning in life, Yin-Yin goes on a spiritual retreat while NJ quietly coasts through life in a half depressive existential state throughout a good chunk of the film.

In addition to the four main characters, Yi-Yi branches off to extended family. Yin-Yin’s somewhat immature younger brother (A-Di) just married a beautiful & semi high maintenance woman (who brings along her own large extended family) but he can’t shake his clingy ex-girlfriend who’s trying to sabotage his marriage. A-Di is also faced with being a father for the first time and can’t seem to manage his money very well which all becomes too overwhelming for him.


Besides Boyhood, The Spirit Of The Beehive & Cria Cuervos, Yi-Yi also shares the same DNA as other family-based films like The Secret Of The Grain (another criterion film centered around a large multi-generational family). The influence of Yasujiro Ozu is also pretty evident as Edward Yang focuses on multi-generational families in a similar fashion as Ozu.

Like most fans of Yi Yi, I found Yang Yang to be the most interesting character. He's practically the poster child for the film (when you do a Google search for Yi Yi his images are always the first to pop up and he’s not even the sole “main character” of the movie). Edward Yang could have easily made the young protagonist out to be a slightly unrealistic, super cute little kid character who says forced one-liners but instead he made him quiet, observant and a bit of an old soul (although he is occasionally precocious). He delivers poignant dialogue that you’d think would come from an adult, but because he’s an old soul it comes off as believable (perhaps reminiscent of the kinds of things we've said to/asked our own parents growing up)...
side note - this scene always reminded of a part from The Spirit Of The Beehive (in an abstract way) when Ana has a somewhat similar exchange with her mother... 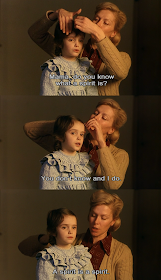 Yang Yang' maturity is exemplified in the final moments of Yi Yi. At the beginning of the film when Yin Yin's mother suffers the stroke she stays with the family instead of in a nursing home. Throughout the film each family member is required/expected to talk to her while she's in a coma in an effort to comfort her. One by one, each family member unloads their problems/dreams/concerns/daily news on the unconscious grandmother. However the one family member who won’t speak to her is Yang Yang. At first you're just supposed to think he won’t speak to his grandmother because he’s confused & afraid (like any 6 year old would be in that situation). But at the end of the film the grandmother passes away and we finally learn, through Yang Yang's powerful eulogy, why he didn't want to speak to her... 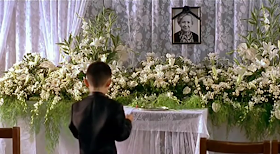 I’m sorry, Grandma.
It wasn’t that I didn’t want to talk to you.
I think all the stuff I could tell you you must already know.
Otherwise, you wouldn’t always tell me to “Listen!”
They all say you’ve gone away.
But you didn’t tell me where you went.
I guess it’s someplace you think I should know.
But, Grandma, I know so little.
Do you know what I want to do when I grow up?
I want to tell people things they don’t know.
Show them stuff they haven’t seen.
It’ll be so much fun.
Perhaps one day I’ll find out where you’ve gone.
If I do, can I tell everyone and bring them to visit you?
Grandma…I miss you
Especially when I see my newborn cousin who still doesn’t have a name.
He reminds me that you always said you felt old
I want to tell him that I feel I am old too

What makes this film so great is that it transcends race which is a pitfall that quite a few popular family dramas have succumb to (sorry but I can’t really relate to something like American Beauty). I'm black but when I watch Yi Yi there are so many things I can relate too even though the characters are Taiwanese.
Edward Yang could have taken the typical family drama route by implementing tons dysfunction but he didn't (we all know dysfunctional parents & fucked up children are common within this genre). Sure there’s plenty of drama & dysfunction around the family (infidelity, money issues, attempted suicide, etc) but throughout the film the family stays a fairly tight unit (and they become even tighter by the end of the film).
Marcus at 3:01 AM
Share
‹
›
Home
View web version