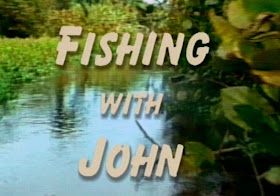 After a small hiatus we're back! The theme of this season is "New York". Every guest this year is either a native New Yorker or got their start/made a name for themselves in the big apple. Like always, most of the guests are connected to John Lurie in some cool intimate way (with one exception), but they don’t all come from that no-wave/downtown early 80’s NYC art scene.

Relationship/connection:
1. Both appeared in Stranger Than Paradise together (although they were never on screen at the same time)
2. Both travelled in the same social circle (Basquiat, Jim Jarmusch, etc)

I’m not quite sure how familiar some of you are with the eccentric character known as Rammellezze, so let me just drop this video on you real quick…

Besides being a graffiti legend and just all around innovator/progressive thinker in the world of hip-hop, Rammellzee was a weirdo, and, as you can see, he dressed like a robotic Mexican luchador wrestler (I say “was” because today he’s no longer with us, but given that season 5 would probably take place around 1996, he’d be alive and well). This episode would be the most philosophical one yet. As Lurie & Ram sit alone in a boat fishing somewhere off a pier in Queens (where Ram is from), I imagine the two of them conversing on everything from painting (remember - Lurie is also an artist/painter) to existentialism. Rammellzee is known for being a deep thinker (in my opinion, he would have fit right in with Waking Life) so prepare to have your mind blown.

Relationship/connection:
1. Richard Edson & John Lurie worked together on Stranger Than Paradise
2. Like Rammellzee, I’m sure John Lurie & Thurston Moore were in the same social circle (they probably know each other)
3. Richard Edson is a former member of Thurston’s band Sonic Youth

For those that don’t know, Edson left Sonic Youth to pursue an acting career (Stranger Than Paradise was more than likely the movie Edson made first after leaving the band). I bet Moore & Edson hadn’t hung out since the 80’s so this fishing trip would give them a chance to hang out, catch up and talk about old times. I doubt Thurston would have any ill feelings towards Edson given that by the mid/late 90's Sonic Youth was a relatively popular band (kind of an important voice for generation X) and they had some pretty good rotation on MTV (again – this was 1996, so MTV actually played music videos by bands like Sonic Youth, Mud Honey, Dinosaur Jr., The Breeders, etc.)

Around this time Claire would be releasing Nenette & Boni (which co-stars Vincent Gallo) so this would act as both promo for her film and a chance to catch up with her good friend John.
This was right around the time when Vincent Gallo was starting to gain notoriety. He seems like a moody/unpredictable guy, so who knows what kind of rude/out of line comments he’d interject during Claire & John’s conversations. 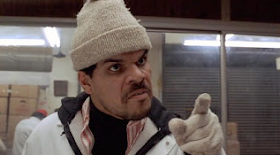 Relationship/connection:
1. John Lurie did the music for Variety, which was one of Guzman’s earliest acting roles
*They would later go on to both co-star on Oz

Although Guzman hadn’t started working with Soderbergh or PT Anderson yett, he was still on character actor/”oh, that guy” status (by ’96 most people would recognize him for his role in Carlito’s Way). Luis Guzman is certainly a character on & off camera so I bet this would be the most comical episode of the season. I don’t mean to be presumptuous, but he doesn’t seem like much of a fisher, so it would be funny to see him out of his element. 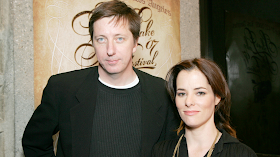 Relationship/connection:
None that I know of.

In the season finale, we’d catch up with Hal Hartley who was probably one of the hardest working filmmakers at the time (between his debut in 1989 through 1996 he had six features and a ton of short films under his belt), and Parker Posey would be in the midst of her “it girl” status that she had in the mid/late 90’s in the world of indie film.
Fishing With John was produced by IFC so it would make sense that they’d wanna highlight an important indie filmmaker like Hartley who was on the brink of making one of his best movies (Henry Fool).
Marcus at 3:01 AM
Share
‹
›
Home
View web version