Just like Troll 2, this is another cult movie where most people don't seem to care about the first part (i wouldn't even be surprised if anyone hasn't actually seen Silent Night Deadly Night 1). This movie also shares another similarity with Troll 2 in that its another awful/awesome movie that's been re-discovered thanks to sites like; Youtube, Collegehumor and other viral sites. Because of the famous "Garbage Day" clip, Silent Night Deadly Night 2 has become one of the new cult movies of the 21st century. I was gonna put this on one of my "Movies for Halloween" lists, but it made more sense for this to be with the christmas movies (i mean, these silent night deadly night movies are essentially about a psycho running around in a santa klaus outfit hacking people up with an axe). In Silent Night Deadly Night 2 we follow Ricky, Billy's little brother from part 1. In the film, we see Ricky follow down the same evil path as his brother and watch as he slowly turns in to a serial killer seeking revenge on the sadistic nun from the first film who made life for him and his brother a living hell. If you've actually seen this entire movie, you know that there's a whole lot more to this besides the Garbage Day scene. There's the scene where Ricky kills the guy in the movie theater. The part where Ricky shoves an umbrella through a guys torso. And lets not forget the overall performance given by the commanding lead actor Eric Freeman, who almost never seems to blink (or show much emotion at all) through out the entire film. 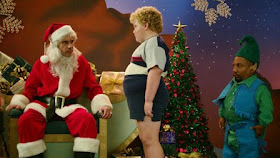 Its kinda funny that Terry Zwigoff directed this movie strictly for the paycheck, and it ended up being even better than the disappointing; 'Art School Confidential' (the movie Zwigoff made thanks to the money he got from 'Bad Santa'). While 'Ghost World' highlighted Zwigoff's talent for awkwardly dark humor, Bad Santa was his first foray into raunchy and somewhat obscene humor. The dark humor in Bad Santa isn't as 'intelligent' as Ghost World, but it still works. Before this films release, the trailer didn't make this movie out to be that appealing. But slowly through word of mouth, this movie started to gain a reputation for its unexpected humor, and is slowly becoming a new-age cult movie (midnight screenings of Bad Santa have slowly started to pop up in movie theaters through out the U.S.). Zwigoff's obvious Todd Solondz-influenced film making (as seen in 'Crumb' and 'Ghost World') is nowhere to be found in Bad Santa. R.I.P. John Ritter and Bernie Mac. 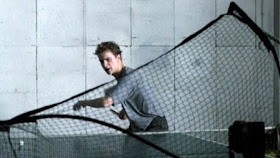 After you finish watching 'Bad Santa', why not depress the shit outta yourself and watch the third installment of Michael Hanake's "Glaciation trilogy" (a trilogy based on actual events that have taken place in Austria over the years). This movie, which is loosely based on the true story of an austrian college student who cracked up, shot up a bank full of people then killed himself a few minutes later, is one of the few multi-storyline/multi-character films from the mid-90's that had absolutely NOTHING to do with Pulp Fiction (for that fact a lone, this movie deserves an applause). In the film, Haneke interweaves the lives of random austrian residents (a couple that has just adopted a daughter, a middle-aged couple that's recently lost their child, a lonely old man, a college student on the brink of a nervous breakdown, a romanian immigrant, etc) during the christmas season. Michael Haneke sure does make his country seem like a pretty grim place. This movie isn't as depressing as his first film; The 7th Continent, but it comes pretty close, with an ending just as powerful. 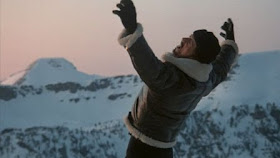 The Rocky saga shouldve ended with this one if you ask me. Outside of the final street fight at the end of Rocky 5, both; 5 & 6 are horrible, especially when compared to this one. We've all seen Rocky 4 by now (and if you haven't, what the fuck have you been doing with your life?), so we all know the story. Ivan Drago, the new lethal kid on the boxing circuit kills Apollo Creed in a boxing match, and Rocky seeks revenge. This movie was made during the height of the "evil russians" plot craze, that many american action movies played into with movies like; 'Red Dawn', 'Ruskies', 'Rambo 2', and many more. This movie has so many memorable scenes (especially the final training montage) and quotes. This is a must see for everyone. 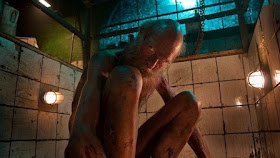 I just saw this over the weekend at IFC, and along with 'Kickass', this is my favorite guilty pleasure movie of 2010. Its funny, because in a strange way, this horror/action/comedy reminded me of that parody action santa klaus movie from 'Scrooged' (the Bill Murray 'Scrooged'). I must emphasize that in order to enjoy this, it cannot be taken seriously. In Rare Exports, director; Jalmari Helander puts a disturbing twist on the age-old fairy tale of Santa Klaus. The film follows main character; Pietari, a young finnish boy who lives with his struggling single father, who notices certain things that others in his village don't see. Due to all the disturbing fairy tales he always reads, he's convinced that Santa Klaus isn't the jolly old man that everyone makes him out to be and he's lurking around the village waiting to kidnap all the children on christmas eve. Anyone who's a fan of Jav Svankmajer (a director famous for making movies based on twisted fairy tales) is sure to enjoy this movie. 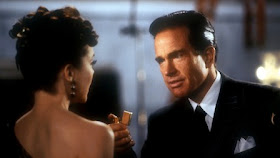 I'm partially putting this movie on my list as reminder to myself to re-watch it, because its been a while. I'm aware the entire film (a biography about gangster/entrepreneur Bugsy Seigel) doesn't take place during christmas, but a critical segment of the film (Bugsy's casino owning days in Las Vegas), does. This movie is also a big part of Harvey Keitel's comeback that took place during the early 1990's. In a few short years ('92-'94), Keitel re-emerged to the A-list status that he once had with; Bugsy, Bad Lieutenant, Reservoir Dogs, The Piano and Pulp Fiction. Much like how Dennis Hopper was nominated for an academy award for Hoosiers, when he really should have been nominated that year for Blue Velvet, Keitel ended up getting nominated (his one and only nomination) for his performance in Bugsy, when most people felt it should have been for Bad Lieutenant. 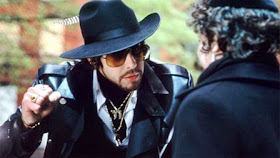 Wow, Christmas time must suck for american kids in the public school system who celebrate Hanukka (or even Kwanzaa for that matter). Sure schools, try to acknowledge other holidays, but no matter what, Christmas is always #1. I think part of Hebrew Hammer's motivation as a film was to appeal to all the non-christian kids who had Christmas shoved in their faces for so many years. In 'The Hebrew Hammer', Adam Goldberg plays; Mordecai Carver, aka "The Hebrew Hammer". He's pretty much a jewish shaft/local hero among the jewish community. After santa is killed by his evil son (played by Andy Dick) with plans to do away with all holidays except Christmas, the Hebrew Hammer is given his toughest mission yet from the Jewish Justice League (the company he works for): save hanukka. To do this, he joins forces with fellow JJL agent; "Ester Bloombergensteinenthal" and head of the Kwanzaa liberation front; "Muhammad Ali Paula Abdul", played by Mario Van Peeples (a nice homage to Melvin Van Peeples, who pretty much single handedly started the 'Blaxploitation' genre, which 'The Hebrew Hammer' pays homage to).