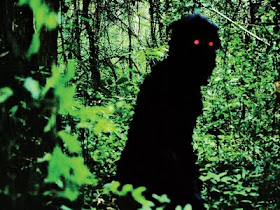 TOP 10 MOVIES OF 2010:
What started off as a slow year, turned out to be quite an amazing one once all was said and done. Legends like Jean Luc Godard and Roman Polanski proved that they're still very relevant with 'Film Socialisme' and 'The Ghost Writer'. 'Toy Story 3' brought back fond memories of our childhood, Sofia Coppola made it perfectly clear that she's not her father, and has no interest in being like him as a director. And 'Machete' was the official guilty pleasure movie of 2010 (with 'kickass' and 'the expandables' right behind it). From the eerie and poetic; 'Uncle Boonmee...' (winner of best picture at this years cannes film festival) to Joaquin Phoenix's Practical joke on hollywood in the form of 'I'm Still Here', this new decade of cinema is off to a great start. Not to toot my own, but i can almost guarantee you wont find a "best of 2010" movie list as diverse as what you're about to read.
UNCLE BOONME WHO CAN RECALL OUR PAST LIVES
TOY STORY 3